Winning by a landslide…

Oh So Social were invited to deliver a social media campaign that encouraged as many people as possible to vote for The Man Engine in the National Lottery Good Causes Awards 2017, an annual competition to find the public’s favourite National Lottery funded projects. We were given one job… win.

The objectives of the campaign were to build awareness of The Man Engine’s nomination and what winning could mean for the project; to encourage as many social media votes as possible, on top of traditional votes; to reawaken the community following behind The Man Engine; and to emphasise the importance of the project for celebrating mining heritage.

This was the first year that the National Lottery Awards had included social media votes. The public were able to vote on Twitter and Facebook using a unique hashtag alongside traditional website and telephone votes.

We focused on organic social media but included other elements of digital marketing to support the campaign. We primarily used Twitter and Facebook as these were the voting platforms, as well as email marketing through Campaign Monitor and updating The Man Engine website.

The key message was: ‘help bring The Man Engine back!’ We shared videos, live streamed from events, joined in Twitter chats and created a buzz around the hashtag. Most importantly, we used a range of comments, stories and memories from the first Man Engine tour to create a collection of stunning and emotive e-cards, recreating the passion and excitement people felt during the previous events.

The Man Engine won the award over six other projects due to a “social media landslide”. Winning the National Lottery Good Causes Award helped Golden Tree Productions to bring The Man Engine back for another tour in 2018. 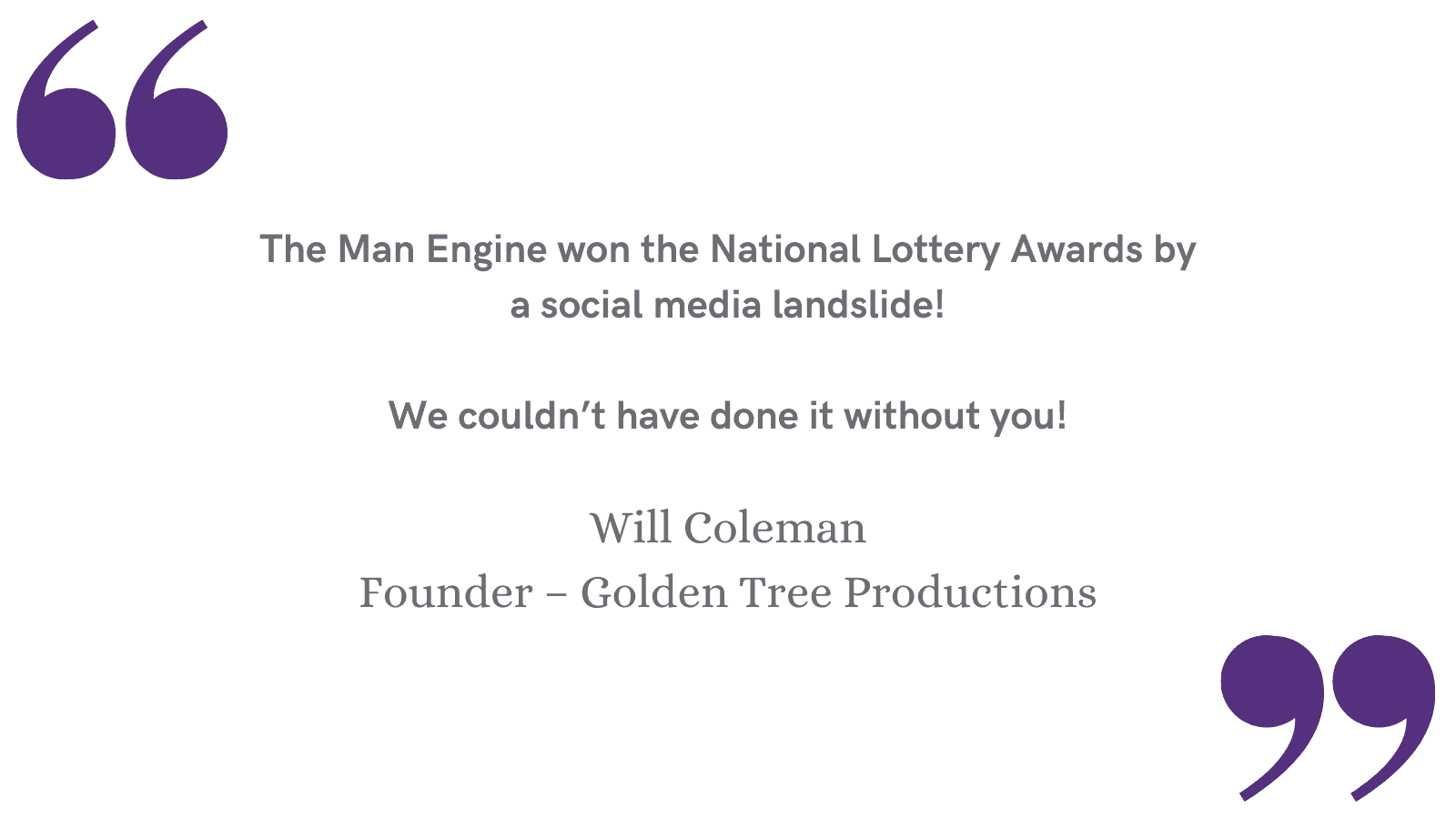 countries around the world

countries around the world

Keep up-to-date with the latest at Oh So Social